The Disability Rights Advocacy Fund’s (DRAF) organizational structure, which places persons with disabilities in powerful roles, was informed both by newer grantmaking philosophies and by principles and articles of the CRPD, which recognize participation as an imperative. 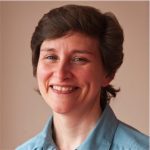 Lorraine Wapling serves on the boards of directors for the Disability Rights Fund and the Disability Rights Advocacy Fund. Lorraine has extensive policy and research experience in disability inclusive programs through her work with bilateral agencies and international NGOs across Africa, Asia ,and the Pacific. Lorraine was embedded in DFID’s policy and research department as their disability specialist for several years, helping to lay the foundations for DFID’s current disability framework and has and worked on assignments for DFAT (Australian Aid), the UN and the European Union. Lorraine has also produced a number of resources on disability inclusive development, including DRF’s “Beyond Charity: A Donor’s Guide to Inclusion.” She is currently researching the models that influence educational outcomes for deaf children in low-income countries for her PhD at University College London. 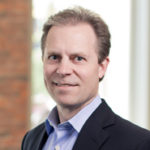 Andrew Ferren serves on the boards of directors for the Disability Rights Fund and the Disability Rights Advocacy Fund as Co-Chair. Andy is a partner at Goulston & Storrs, a law firm based in Boston with offices in New York City and Washington, DC. As a specialist in commercial transactions and intellectual property law, he handles a wide range of business matters for established and emerging companies, non-profit organizations, closely-held businesses, and individual entrepreneurs. Andy devotes much of his time to pro bono work and the representation of non-profit clients, including several whose missions are international in scope. In addition to DRF, these organizations include Endeavor Global, YouthBuild International, Oxfam America, and Fair Trade USA. Andy has served on the Advisory Council of Fair Trade USA since 2004. He is a graduate of Harvard College and the University of Chicago Law School. 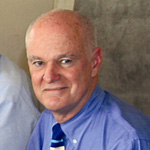 Charlie Clements serves on the boards of directors for the Disability Rights Fund and the Disability Rights Advocacy Fund. He is a public health physician and human rights activist. In the fall of 2015, Charlie stepped down after five years as the Executive Director of the Carr Center for Human Rights Policy at the Harvard Kennedy School, where he led a study group called Disability Rights and Realities. He is now Professor and Clinical Coordinator in the Joint MSPAS (physician assistant) and MPH (public health) Program at Touro University California. He was a founding board member of Physicians for Human Rights (PHR), and served on its board for fifteen years.  As the PHR Board President, he represented PHR in December 1997 at the treaty signing ceremony in Ottawa and a week later at the Nobel Prize ceremony in Oslo for the International Campaign to Ban Landmines. 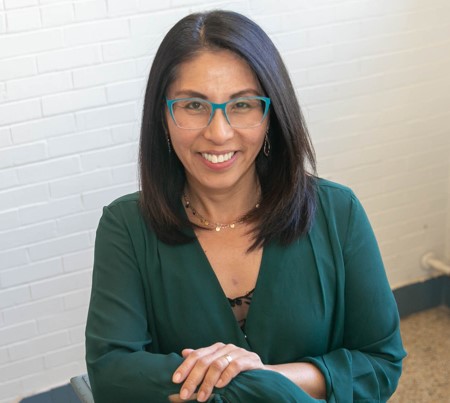 Mariel Gonzales serves on the boards of directors for the Disability Rights Fund and the Disability Rights Advocacy Fund as Treasurer. She is currently the Chief Officer, Finance and Talent for Facing History and Ourselves, a global nonprofit that uses the lessons of history to challenge teachers and students to stand up against bigotry and hate. She has held a variety of leadership positions in finance, operations, and development with nonprofit organizations working in the areas of education, youth and community development, and health and social services. She holds an MBA from the University of California, Berkeley Haas School of Business, and a BA from Dartmouth College. 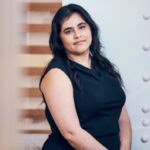 Aditi Juneja serves on the board of directors for the Disability Rights Fund and the Disability Rights Advocacy Fund. She is a lawyer, writer, and activist. Currently, Aditi is serving as a Communicator at Protect Democracy. Previously, Aditi co-founded and led the Resistance Manual and OurStates.org. Aditi began speaking and writing about her experiences as a person with epilepsy in an effort to improve the representation of people with disabilities and to advocate for an accessible future. She created and hosts her own podcast focused on radically inclusive self-care called Self Care Sundays. She was named to Forbes 30 Under 30 for Law and Policy in 2018. She holds a B.A. in Economics from Connecticut College and a J.D. from New York University School of Law. 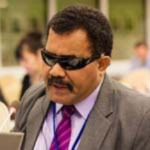 Setareki S. Macanawai serves on the boards of directors for the Disability Rights Fund and the Disability Rights Advocacy Fund. Setareki S. Macanawai is currently the CEO for the Pacific Disability Forum (PDF) based in Suva, Fiji. Prior to PDF, he served as the Executive Director of the Fiji National Council for Disabled Persons and Principal of the Fiji School for the Blind. Setareki is a leading disability advocate in Asia and the Pacific region, and has served on the committees of many international and regional organizations concerned with disability, including as Chairperson of the Steering Committee of the Global Network of Indigenous Persons with Disabilities, and as founding member of the Disability Inclusive Development Reference Group of the Australian Aid Programme. In the latter role, he provided guidance on disability-inclusive development to help shape the implementation of Australia’s Development for All strategy to ensure that the aid program is consistent with and fulfills Australia’s obligations under international law (CRPD). Seta earned a Master’s Degree in Educational Administration from the University of New England of Australia.

Beth MacNairn serves on the boards of directors for the Disability Rights Fund and the Disability Rights Advocacy Fund. She is Deputy Director for Health Volunteers Overseas. Previously, she served as Director of Public Sector Development for Partners In Health and Executive Director of Handicap International US. She was Haiti Project Director for a USAID funded workforce development initiative, served with Catholic Relief Services in Morocco and worked for AMIDEAST in Washington, DC, and in Cairo, Egypt. Ms. MacNairn was on the board of directors of InterAction (2013-2015) and the executive committee of the Hilton Laureates Collaborative. A graduate of Johns Hopkins University School of Advanced International Studies, she has an MA in international relations and economics and received her BA from the University of Virginia. 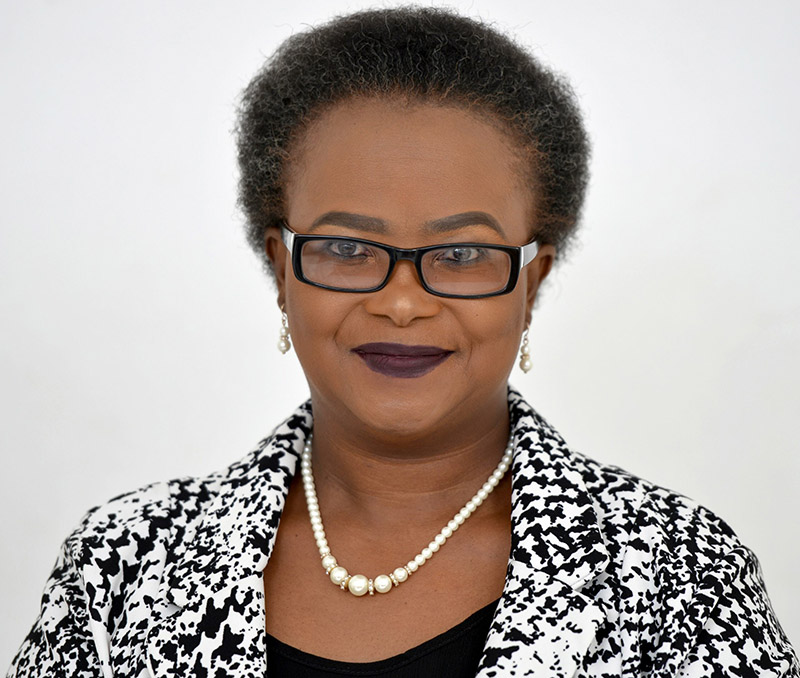 Sikelelwa Alexandrina Msitshana is the CEO of The Deaf Empowerment Firm (DEF), a company she founded to enable economic inclusion of the Deaf community in South Africa. She is currently serving in The Presidential Working Group on Disability (PWGD) whose mandate is to advise the President and his Ministry on strategic and focused programs that enhance the development of People with Disabilities and ensure Equal Citizenship. She is a member of the World Federation of the Deaf and also serves on the boards of The National Council of and for Persons with Disabilities (NCPD) as well as Sign Language Education and Development (SLED) respectively. Earlier in her career, prior to her hearing disability, Alex held, among others, the position of Acting Director – International Liaison & Fundraising at the Independent Electoral Commission (IEC) of South Africa where she engaged with various members of the donor community nationally and internationally, as well as other electoral bodies in the SADC Region and Internationally to garner support for the IEC’s democracy education, capacity building, and overall democracy development programs. Alex holds a Bachelor of Administration degree from the University of KwaZulu-Natal (UKZN) and has over the years acquired experience in Senior Strategic Management positions in the corporate and development sectors. She continues to play her Social Activist role today, just as she did as an anti-apartheid movement activist for democracy, equality, and justice for all in South Africa. 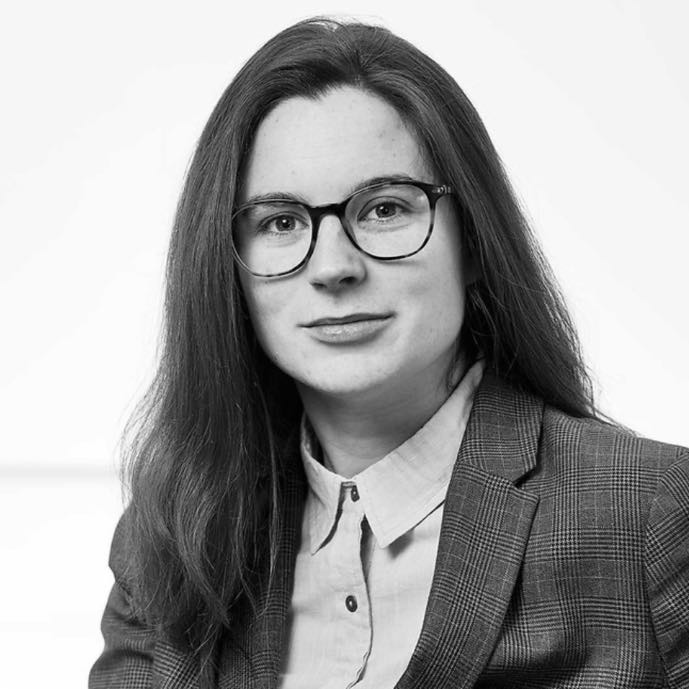 Maria Ní Fhlatharta is a researcher at the Centre for Disability Law and Policy, where she works on the Re(al) Productive Justice project, funded by the Wellcome Trust.  She recently co-authored the first report on the experiences and rights of people with disabilities in Irish Prisons. She has spoken at a number of conferences on disability law and human rights; across Europe but also in North America, East Africa, and Southeast Asia. Maria holds an LLM in Comparative International Disability Law and Policy and an undergraduate degree in Civil Law from NUIG. Her current research interests include; human rights in healthcare, reproductive rights, legal capacity, mental health law, access to justice, bioethics, and equality and non-discrimination. Maria is a founding member of Disabled Women Ireland.  She has significant experience in politics and campaigns. 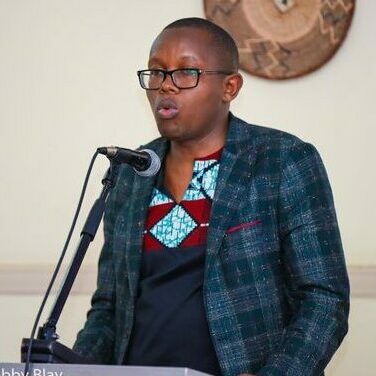 Michael Njenga works as a Regional Mental Health Advisor – Africa for CBM Global. He is also an Executive Council Member of the Commonwealth Disabled People Forum. Michael is a member of Users and Survivors of Psychiatry in Kenya (USP-K) and serves in an advisory capacity. Mr. Njenga has completed a fellowship with the International Disability Alliance (IDA). As a person with a psychosocial disability, he is passionate about advocating for the right to legal capacity and inclusive society where all persons with disabilities enjoy all their human rights. Michael has extensive knowledge in inclusive development, legal harmonization, advocacy, and monitoring the implementation of the CRPD. He has worked extensively on Article 12 of the CRPD, having been part of a technical committee that developed a briefing paper on Article 12 of the CRPD with the Kenya National Commission on Human Rights and conducted research on legal capacity on behalf of Validity Foundation, formerly the Mental Disability Advocacy Center (MDAC). 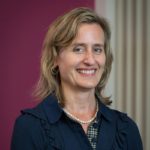 Diana has over two decades of experience in disability, international health, and human rights. Previously, Diana directed the Mental Disability Advocacy Center a legal advocacy organization in Budapest, Hungary, which litigates abuses of rights of persons with disabilities in institutions. She also worked with the American Refugee Committee and Doctors of the World, addressing issues such as access of vulnerable populations to reproductive health services, tuberculosis control, and deinstitutionalization. A graduate of Harvard University’s Kennedy School of Government, Diana has advanced degrees in Public Administration and Psychology. Diana is a member of the Steering Committee of Opportunity Collaboration. 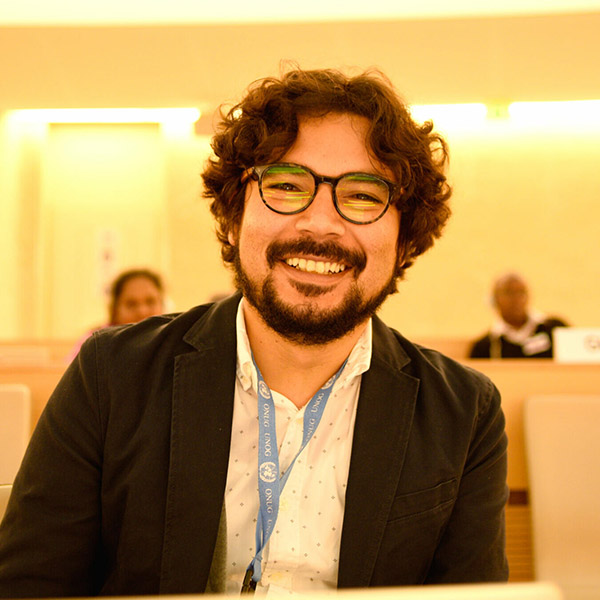 Alberto Vasquez is a Peruvian human rights lawyer and disability activist. A person with psychosocial disabilities himself, he is the president of the NGO Society and Disability – SODIS and a member of the Latin American Network of Psychosocial Diversity. Alberto graduated in Law from the Pontifical Catholic University of Peru and holds an LL.M in International and Comparative Disability Law and Policy from the National University of Ireland, Galway. He works as a consultant on disability and mental health law and policy and has served in that role in various UN entities, including the Secretary-General’s office, WHO, OHCHR, UNICEF, and ILO. He worked as a Research Coordinator at the Office of the UN Special Rapporteur on the rights of persons with disabilities during Catalina Devandas’ mandate. In Peru, he has been actively involved in the drafting, advocacy, and monitoring of laws and policies relating to persons with disabilities and worked for many years at the Ombudsperson Office and the Peruvian Congress.